Ah Naruto, the show that got me into anime. I’m surprised I haven’t done any Naruto related content at all. I loved part 1 the most, I still watch it every now and then. But Naruto Shippuden guys.. It was disappointing in terms of story, characters, animation and fillers. The filler episodes were so bad that I dropped the anime and just moved to the manga. 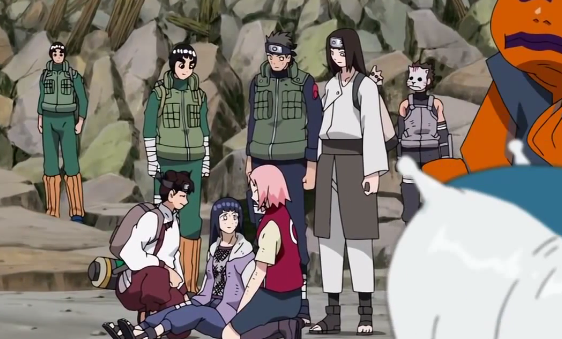 The only thing that saved it for me was the fights. I felt that Studio Pierrot’s animation budget went into the fights which is ok, but it made the rest of anime look awful. They stepped up the animation during the war but I had given up on the anime way before the war arc started. You know, I was typing so fast that I almost went completely off topic. Just to let you know there will be some spoilers in this so read at your own risk.

This was incredibly long fight, I don’t think it was worth 8 episodes but now that I think about it this is the fight were we see Sakura’s strength for the first time which made the fight great. Lady Chiyo was a cool character who was a great help to Sakura, if she wasn’t there I don’t think Sakura would have survived. This fight was also a sad one, it was a fight between a grandmother and her grandson who she felt she had failed to look ater him. Sasori’s flashbacks during the episodes were sad it reminded me of Gaara’s life before he met Naruto.

You really feared for the lives of Sakura and Lady Chiyo, the music used was very intense. This fight made look Sakura look awesome, it cemented how powerful she is and how she’s a great medical ninja as well. The 10 puppets vs 100 puppets was my favourite moment, there was not much dialogue just Sakura and Chiyo being badasses. It’s a shame that Sakura didn’t get another noteworthy fight as she had the potential to be a cool and very reliable character in my eyes. The anime just became the Naruto and Sasuke show.

Jiraiya was amazing in this fight, he had to find out the truth about pain in this fight. So he put his life on the line. When Jiraiya entered Sage mode, you knew things were going to get intense. Pain did not back down in this fight. This was the first time that we see all six pains fight, we finally got to see what pain could do and did some real damage to Jiraiya. 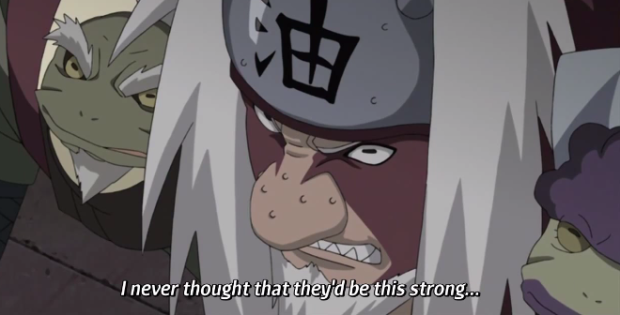 Jiraiya was able to take out 3 of the pains with his amazing abilities. In the end Jiraiya sadly died but not before he write a coded message to the leaf. What an amazing character who risked everything to take out pain.

The Naruto vs Pain arc will always be my favourite arc in Naruto Shippuden. Personally, I feel that this is where Naruto Shippuden should have ended, have Sasuke come back at the end to show that he still cares about the village and then make Naruto and Sasuke fight. I think it would have been great. The Akatsuki had been built up as a huge threat since Naruto part 1, in part 2 we finally get to see how dangerous they can be. Naruto fighting the “leader” of Akatsuki was a huge highlight and it made me tune into the anime again just to see this fight animated. 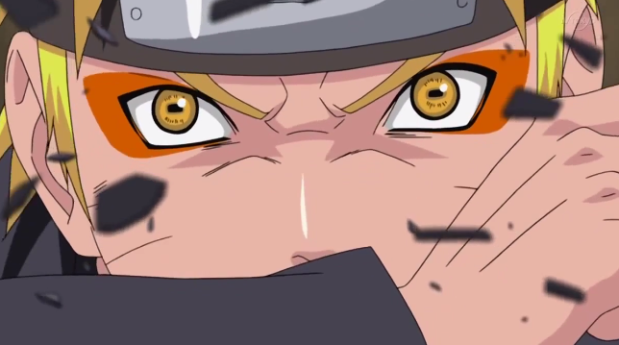 Naruto learns sage mode and Pain destroys the leaf village so Naruto has to come back and defend his home. Well.. what’s left of it. This fight demonstrated the huge threat that pain was, he could take away anyone you love and you couldn’t do anything about it, it showed Naruto in a new light everything from his abilities to his dialogue was perfect for me, Naruto looked like the Hokage. Minato’s appearance near the end to stop Naruto’s 9th tail from sprouting out was unexpected but great as we get a touching moment between the two. My only problem with this arc was Hinata. I still think what she did was reckless and no one can tell me otherwise. I didn’t care about her love confession at all.

This fight was absolutely amazing, from start to finish. The ninjutsu, genjutsu sequences were beautiful to look a, everything was fluid. The Kirin and the Susanoo were amazing jutsu’s that looked deadly and dangerous. Unfortunately the two jutsu’s were overused and it became boring when Sasuke used them. But when the Kirin and the Susanoo was revealed for the first time it was mesmerizing.

Sasuke and Itachi gave it their all this episode but Itachi died in the end but not before he gave Sasuke the Mangekyo Sharingan which was heartbreaking once it’s revealed that Itachi lied all along to Sasuke and he didn’t realise it. This fight between the brothers was even better in the Ninja Storm games as you get to be Sasuke fighting his brother. This fight shaped the events that followed it also left a sad feeling in the air when Itachi died, never again will these two brothers sit and talk on the Uchiha porch.

This was a beautifully animated fight that told me all I needed to know about Kakashi and Obito’s feeling by using their fists. It was a great 1v1 fight, it was something that I had been missing from the show, a fight that goes back to the basics. I mean sure they used jutsu’s but it was basic ones. Once they were worn out it became a battle to see who could punch the most. XD

It was a battle that I couldn’t take my eyes off of. The choreography was great, both Kakashi and Obito are not overpowered characters and that’s what made this fight real. Two friends who started on the same path but because of a girl, one of them had to bring world domination and Madara Uchiha into this. Ok so I’m joking about Rin only existing to be the reason Obito fights but I will say this, does anyone think Obito obsession with Rin even after she died was weird?

I love this fight because it showed how much Obito and Kakashi had grown. I’m glad that this fight didn’t end up being “who has the coolest jutsu battle” it was just a fight between me. I will say this though, I thought this fight was better than the last Naruto vs Sasuke fight. To me, that battle wasn’t great until the end when the two ran out of chakra. Too much flying fox and Susanoo which was ridiculous. Anyway Kakashi vs Obito was beautifully done. It’s a battle between two friends that is worth watching all over again.

So that’s my Top 5 Naruto Shippuden fights. Let me know what your’s is below! 🙂

This episode was really sweet. I’m glad we got to know more about Souta and Marcia.

END_OF_DOCUMENT_TOKEN_TO_BE_REPLACED 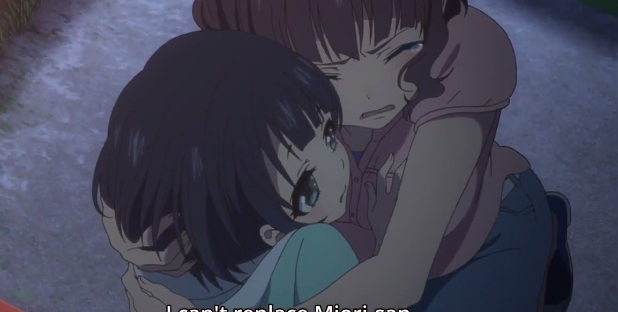 END_OF_DOCUMENT_TOKEN_TO_BE_REPLACED

Ruler had it coming. (Spoilers in this review as usual)